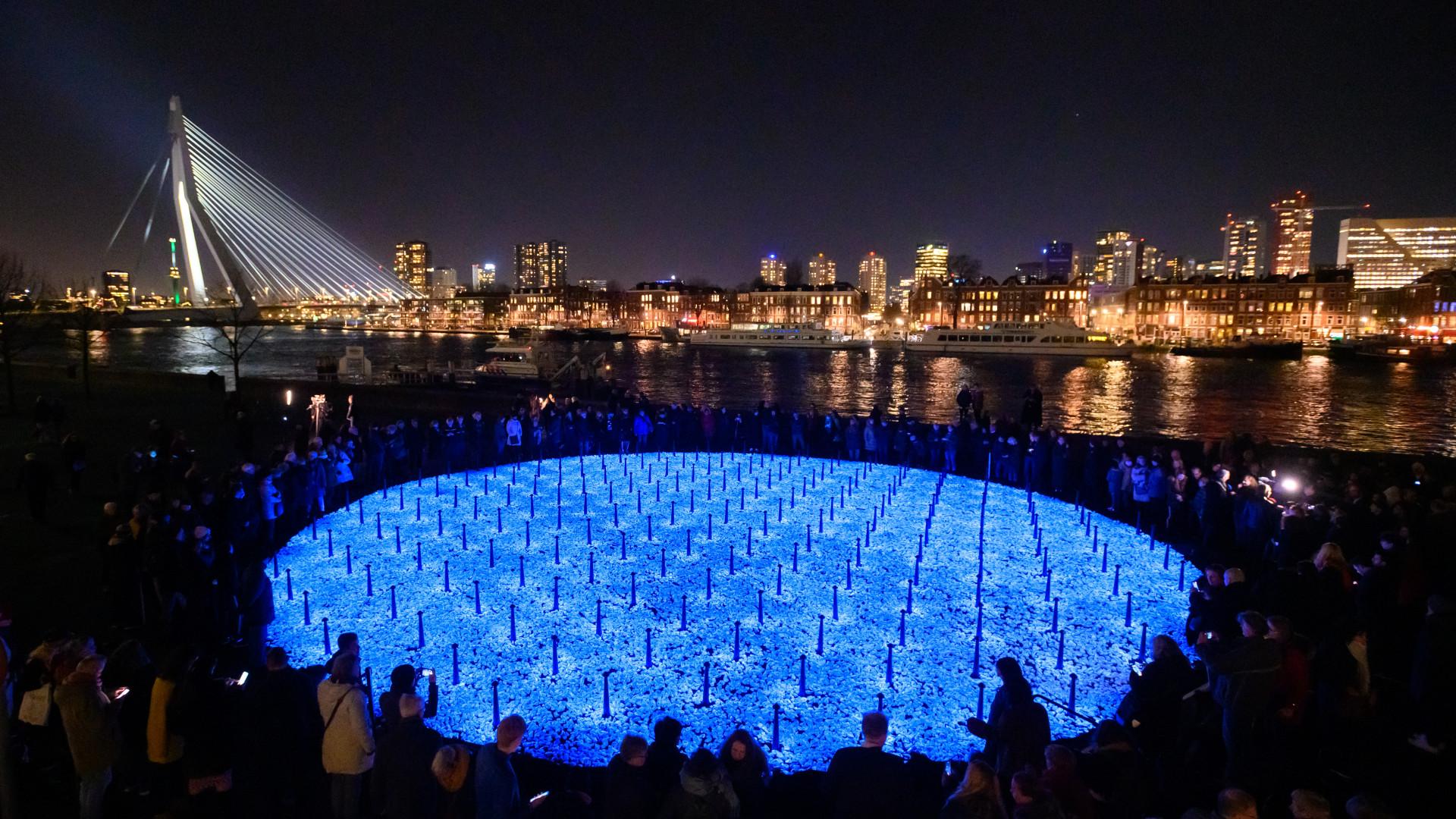 The new Holocaust monument LEVENSLICHT in collaboration with National Committee for 4 and 5 May remembers the 104,000 Dutch Holocaust victims with 104,000 specially developed luminescent stones, and encourages participation across 170 municipalities.

It is 75 years ago that the international symbol of the Holocaust, concentration and extermination camp Auschwitz, was liberated. Artist Daan Roosegaarde was asked to create a special national work of art for this occasion.

The Jewish custom is to place stones to honour the deceased, not flowers. Artist Daan Roosegaarde and his team of designers have used this as an inspiration for LEVENSLICHT. By using invisible ultraviolet light, the specially developed stones with fluorescent pigments can light up every few seconds, like a breath of light. The artwork with 104,000 luminescent stones will be exhibited on 16 January in Rotterdam, and then travel to 170 municipalities with a Holocaust history in the Netherlands.

LEVENSLICHT (Light of Life) makes people aware of the consequences that the Holocaust has had in many Dutch municipalities. Daan Roosegaarde: “It is an honor to be asked for this project. LEVENSLICHT is not a traditional static monument in which people are purely observers; it asks social participation. Light is life, light is hope: LEVENSLICHT."

Gerdi Verbeet, chairman of the National Committee for 4 and 5 May: “This work of art, which can be seen in many Dutch municipalities affected by the Holocaust, makes the emptiness and lack of this large group tangible in those municipalities where compatriots were murdered during the war, purely and simply for who they were."

LEVENSLICHT provides a public place for contemplation about the Holocaust and the broader importance of freedom.

104,000 specially developed light emitting memorial rocks with light pillars and custom software. Winner of MUSE award. Public opening by Gerdi Verbeet, Daan Roosegaarde, Mayor of Rotterdam Aboutaleb and Secretary of State Paul Blokhuis on 16 January 2020, 19.25 at Eva Cohen-Hartogkade in Rotterdam, NL. After the opening in Rotterdam, LEVENSLICHT will be shared across 170 Dutch municipalities (full list), where it can be seen from January 22 to February 2.

National Committee for 4 and 5 May 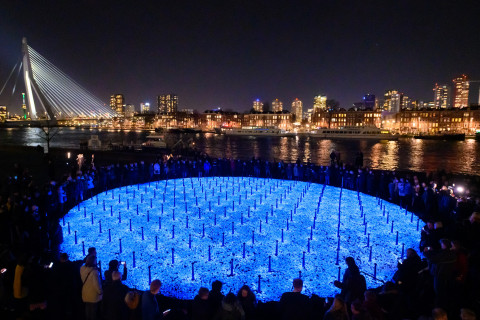 工作室20.aug.2020
Join our team
Join our team now at Studio Roosegaarde to make poetic landscapes of the future, as designer or intern or you just being you. We are open for enthusiastic people with a drive in design or technology. Mail your motivation to work@studioroosegaarde.net. 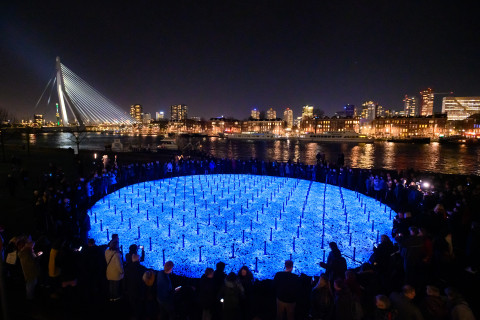