60 light reflective buildings illuminated by the headlamps of passing cars. 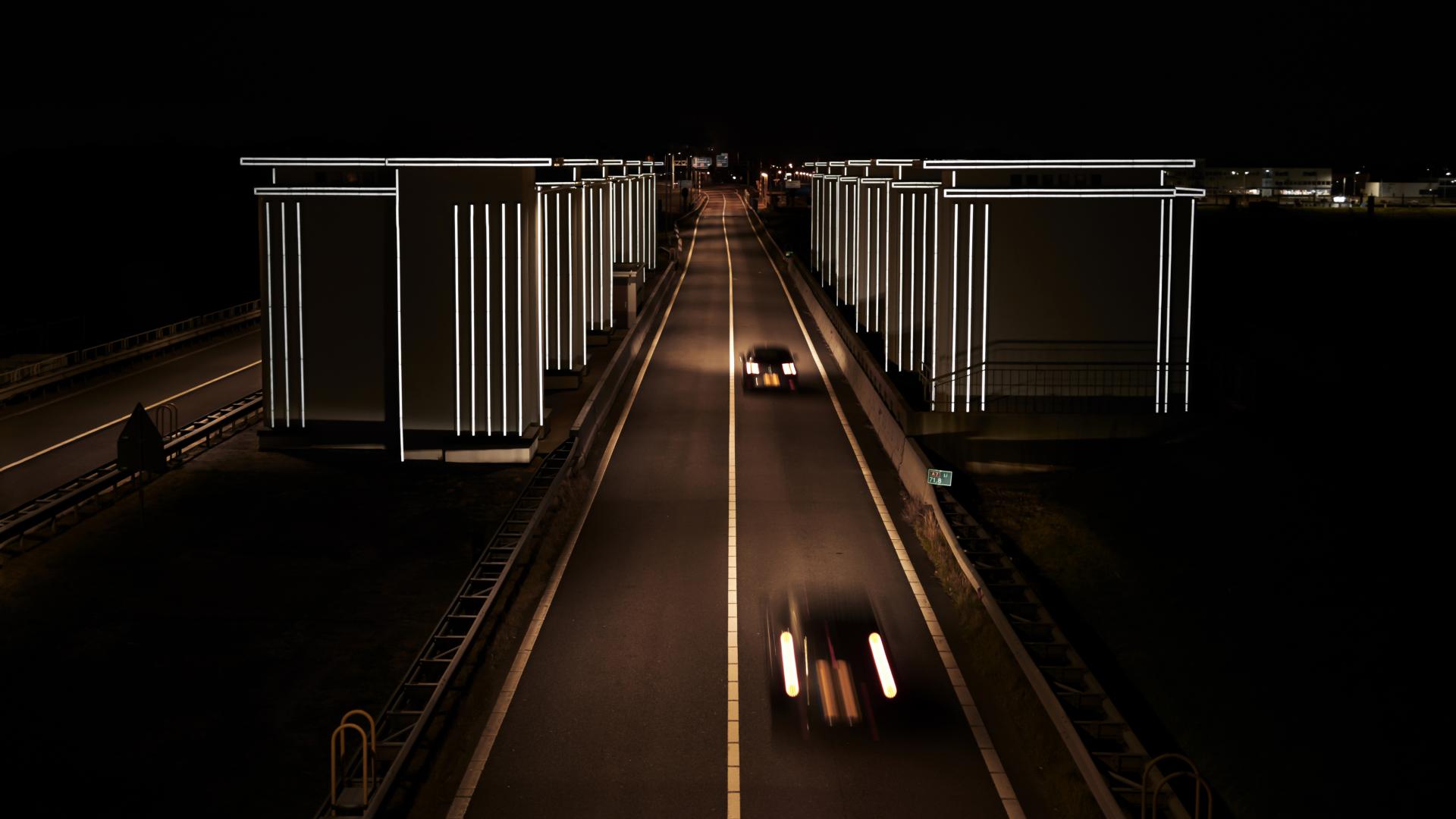 GATES OF LIGHT is the permanent installation which illuminates 60 buildings through retro reflection using the headlamps of passing cars. As you drive through, the historical floodgates light up and create a futuristic landscape of light without using electricity.

The new futuristic entrance of the Afsluitdijk is GATES OF LIGHT which brings the 60 monumental floodgates of 1932 back to their glory. Every day more than 20.000 cars pass by the GATES OF LIGHT. The structures, which were originally designed by Dirk Roosenburg, the grandfather of Dutch architect Rem Koolhaas, have been fully renovated and augmented with a retro-reflective layer. In the dark, the architecture of these structures is illuminated by the headlamps of passing cars, reflecting the light through small prisms. If there are no cars on the road, the structures are not illuminated. This way of using light requires zero energy and does not contribute to light pollution.

GATES OF LIGHT is part of ICOON AFSLUITDIJK, the design innovation program commissioned by the Dutch Government, which enhances the innovative character of the legendary 32 kilometer Dutch dike whilst highlighting its key functions: water protection & heritage, energy and mobility as an exemplary model of a smart landscape for today and tomorrow.

The Afsluitdijk is the 32 kilometer long dike which protects the Netherlands against water and flooding. Built mostly by hand and realized in 1932 it is an engineering highlight of the Netherlands and a unique place in the world. After 85 years, the Afsluitdijk is now in need of a thorough renovation. The Dutch state with the surrounding municipalities and provinces have joined forces to lead an ambitious programme to protect the future of the dike. As part of the programme, Roosegaarde's ICOON AFSLUITDIJK enhances the iconic status of the Afsluitdijk with a layer of light and interaction. The three designs developed by Daan Roosegaarde and his team of designers and engineers entitled GATES OF LIGHT, WINDVOGEL and GLOWING NATURE form a model of a green landscape.

Permanent 60 renovated floodgates with reflective layers of micro prisms and concrete on both sides of the Afsluitdijk. Experience GATES OF LIGHT every night from your own car. Location 53° 0′ NB, 5° 10′ OL, Afsluitdijk the Netherlands. The documentary 32 KM follows Daan Roosegaarde and his team in the making of this project.

The Ministry of Infrastructure and Water Management, Ministry of Education, Culture and Science, and De Nieuwe Afsluitdijk. 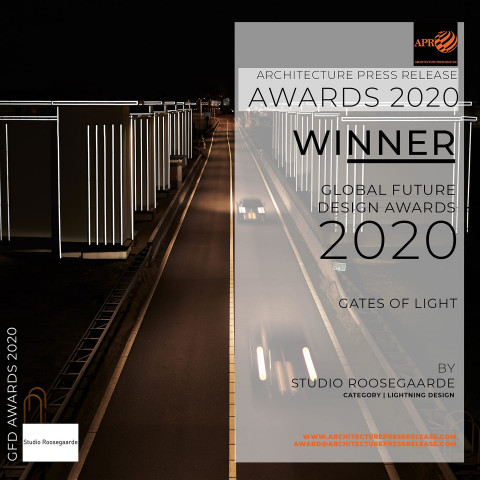 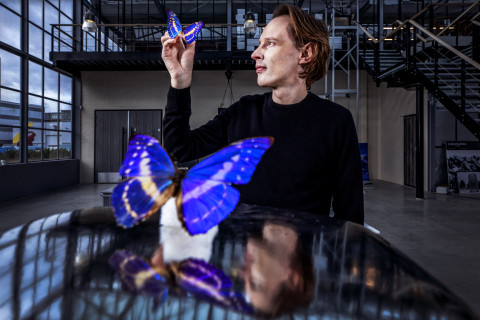 Exhibitions28.nov.2020
Naturalis exhibition
Honoured to be part of the 200 year Naturalis exhibition, opened by our King. The wing of the morpho butterfly always remains vibrant reflective and is our inspiration for GATES OF LIGHT. 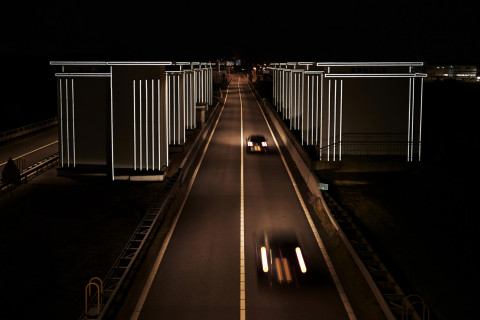