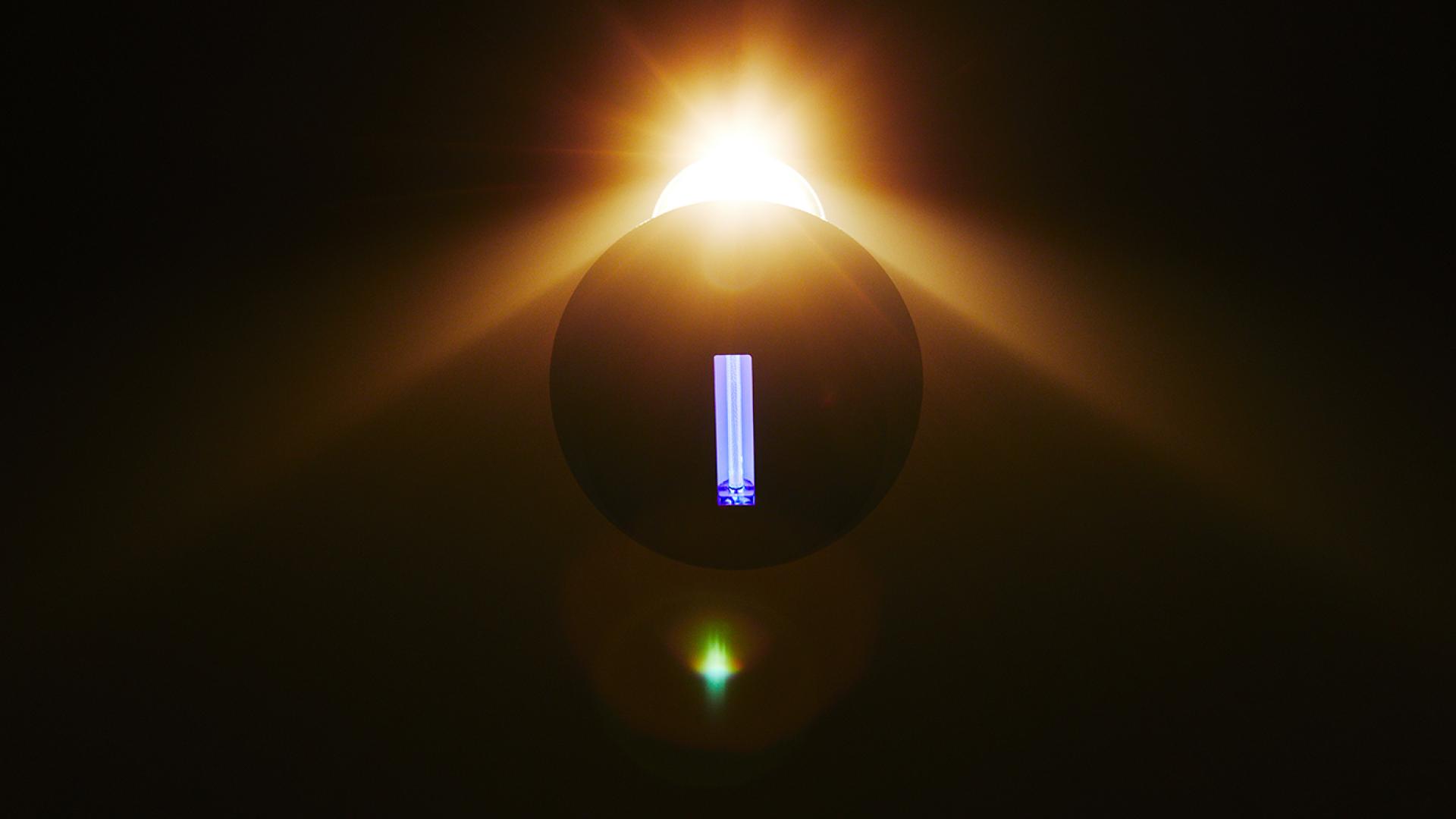 After the successful launch in Rotterdam, URBAN SUN went on a world tour including Aarhus Festival in Denmark, Museum of Design Atlanta in the USA, the Netherlands Pavilion at the World Expo 2020 Dubai in the UAE, and The Solar Biennale in Rotterdam.

Although traditional 254nm UV light is harmful, the specific light wavelength of 222nm is considered safe for both people and animals. It can reduce the coronavirus up to 99.9% and this has been validated by multiple scientists. URBAN SUN acts as an additional layer of protection next to current government regulations. URBAN SUN is currently on a world tour as an opportunity to engage in new collaborations, including The Solar Biennale in Rotterdam, the Netherlands.

Designing solutions
Studio Roosegaarde has been researching the power of light for many years and started the self-commissioned URBAN SUN in 2019. The development became more urgent due to the pandemic. URBAN SUN combines design and science, and can now be exhibited in any type of public space to create better and safer spaces to meet.

“Suddenly, our world is filled with plastic barriers and ‘keep-a-distance’ stickers, our friends reduced to pixels on a computer screen. Let’s be the architects of our future and create better places to meet and interact.” - Daan Roosegaarde, designer

Science
URBAN SUN was created by Studio Roosegaarde’s team, along with external experts and scientists from the Netherlands, the US, Japan, Spain, and Italy. The URBAN SUN’s far-UVC light source is measured and calibrated by the Dutch National Metrology Institute VSL and meets the International Commission on Non-Ionizing Radiation Protection (ICNIRP) safety standards.

The science behind URBAN SUN is based on multiple peer-reviewed journal articles authored by scientists from Columbia University and Hiroshima University. The research shows that specific ultraviolet light (far-UVC) with a wavelength of 222nm can reduce the presence of viruses, including various strains of coronavirus and influenza, up to 99.9%.

Authorities about URBAN SUN
Leading authorities are enthusiastic about the project and describe it as hopeful, promising and full of courage:

-“Virtual simulations indicate a positive impact of the URBAN SUN in reduction of airborne coronaviruses in public spaces.” Carlo D’Alesio from MEG Science and Professor at Politecnico di Milano

-"It is inspiring. People are tired of COVID-19. What we need is courage to find new solutions, to get in touch with each other, and create some intimacy. That is what URBAN SUN is doing." Jet Bussemaker, President of the Council of the Public Health & Society Board, the Netherlands’ independent parliamentary advising body

-“The use of 222nm far-UVC in public space, as in URBAN SUN, should prove to be both safe and effective.” Matthew Hardwick PhD, President at ResInnova Laboratories, Washington D.C., works with his team of virus experts and microbiologists

-“URBAN SUN is inspiring. It will make enjoying public spaces safer and I look forward to visiting locations where this far-UVC sun is shining.” Professor Karl Linden, award-winning innovator in UV technologies and founding board member of the International Ultraviolet Association (IUVA), Colorado

-Listen here to what Dutch scientists state about the far-UVC of URBAN SUN at NPO Radio 1.

World Tour
Whilst we have to learn to live with COVID-19, URBAN SUN is traveling internationally to speed up applications of this special far-UVC light as an innovative solution to reduce the spread of coronavirus. URBAN SUN was presented at the Aarhus Festival, Northern Europe’s largest cultural event in Denmark, and the Museum of Design Atlanta in the USA at the exhibition ‘Survival Architecture and the Art of Resilience’. The URBAN SUN movie was shown at the Netherlands Pavilion of the prestigious World Expo 2020 Dubai, representing excellence in innovation and design. Studio Roosegaarde also opened a new pop-up studio in Dubai to strengthen its relationships in new art and science projects. Lowlands Festival, one of the biggest music festivals in the Netherlands, planned to present URBAN SUN as well.

"We are proud to present the footage of the innovative designs GROW and URBAN SUN by Roosegaarde at the Netherlands Pavilion during the World Expo 2020 Dubai. Art boosts innovation." - Lody Embrechts, Ambassador of the Kingdom of the Netherlands to the UAE

"We are all trying to find the right keys to open back up to the normal situation we knew. URBAN SUN could be part of a solution that we need." - Eric van Eerdenburg, Director of Lowlands Festival

2019-2023, Floating black sphere for a 15 meter circle of far-UVC 222 nanometers light, other media and technical simulations. The URBAN SUN’s far-UVC light source is measured and calibrated by the Dutch National Metrology Institute VSL.

URBAN SUN was exhibited at The Solar Biennale on 10 and 11 September 21.00-23.00 at de Boeg next to the Erasmusbrug in Rotterdam the Netherlands, free entrance. During the evenings there was a program of spoken word, dance and conversations under URBAN SUN.

URBAN SUN is available for exhibitions and open to collaborations with governments and partners to upscale and improve new applications. Currently also a larger URBAN SUN for a 3500m2 area is in development.

URBAN SUN is the second project of the series DreamScapes by Studio Roosegaarde and partners which show the beauty of combining art and science to create a better world.

CityLab010, Aarhus Festival in Denmark, Museum of Design Atlanta in the USA, the Netherlands Pavilion at the World Expo 2020 Dubai in the UAE and Lowlands. 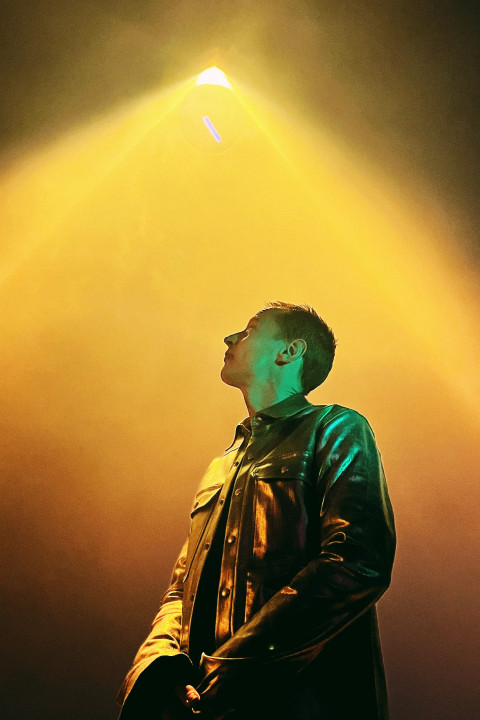 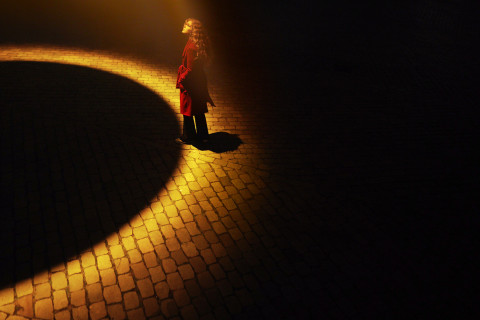 URBAN SUN will be exhibited as part of The Solar Biennale on 10 and 11 September at monument de Boeg next to Erasmusbrug in Rotterdam. During two evenings there will be a program of spoken word, dance and conversations about the power of light under URBAN SUN. Free entrance at 21.00-23.00. Full information.
More news